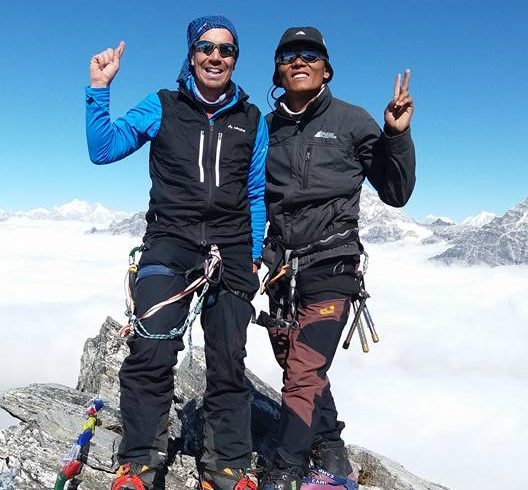 Pokhalde (5,806 m) was first climbed in 1953 via the Kongma La along its north ridge by the 1953 Everest Expedition team led by John Hunt. Pokhalde looks like a crenulated rocky ridge dominated by the vast bulk of Nuptse when seen from Nuptse. The mountain has a small hanging glacier, which is best reached along the ridge rising from the Kongma La, on its northern side. Although the summit is comparatively smaller than the rest, it provides a good viewpoint. Formerly called Mehra Peak or simply Mehra, this attractive mountain rises to the north of the Kongma La above the Khumbu glacier opposite Lobuje, and is one of several small summits, including Pokalde, that make up the long South-West Ridge of Nuptse, between the Khumbu and Nuptse Glaciers. Seen from Gorak Shep, the summit has a diamond shaped hanging glacier above a steeply inclined rock wall that makes up the mountain's North Face, which is in turn slashed by a diagonal ice ramp leading to the lower edge of the glacier. From the south the mountain is much more approachable. Seen from the lakes east of the Kongma La, a small, stepped glacier descends from the summit between long, rocky arms that make up the mountain's South and South-East Ridges. The margins of the glacier provide the normal route of ascent. As with Pokalde the views from the summit are spectacular, especially so because of the nearness of the massive south face of Nuptse. The views northwards towards Pumori and the Lho La are also outstanding

Rest day at Namche for acclimatization.

Trek from Dingboche to Chhukung (4730m.)

Trek from Chhukung to Pokalde Base camp.

Climb Pokalde Peak (5745m.) and return back to Pokalde Base Camp.

Trek from Pokalde Base Camp to Khongma Tse Base Camp.

Trek from Khongma Tse Base Camp to Pokalde Base Camp.

Trek from Pokalde Base Camp to Chhukung.

Trek from Khumjung to Phakding.

Trek from Phakding to Lukla.

Fly from Lukla to Kathmandu. 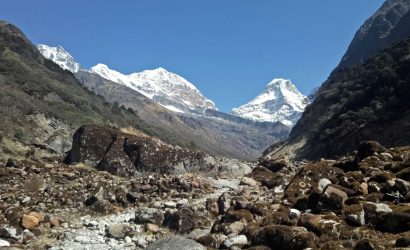 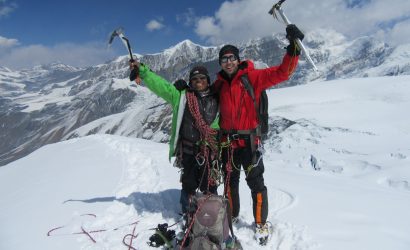 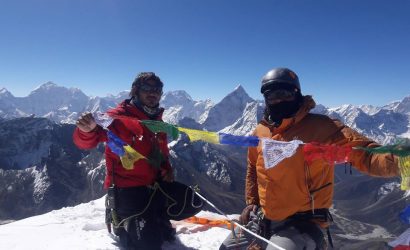 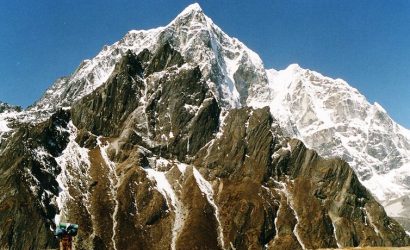 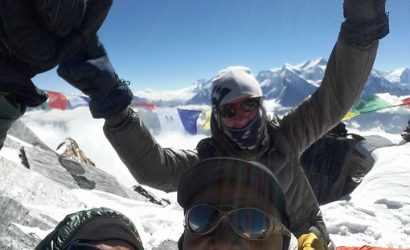 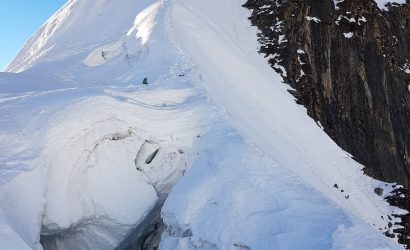 16 Days - 15 Nights
View Details
Do NOT follow this link or you will be banned from the site!